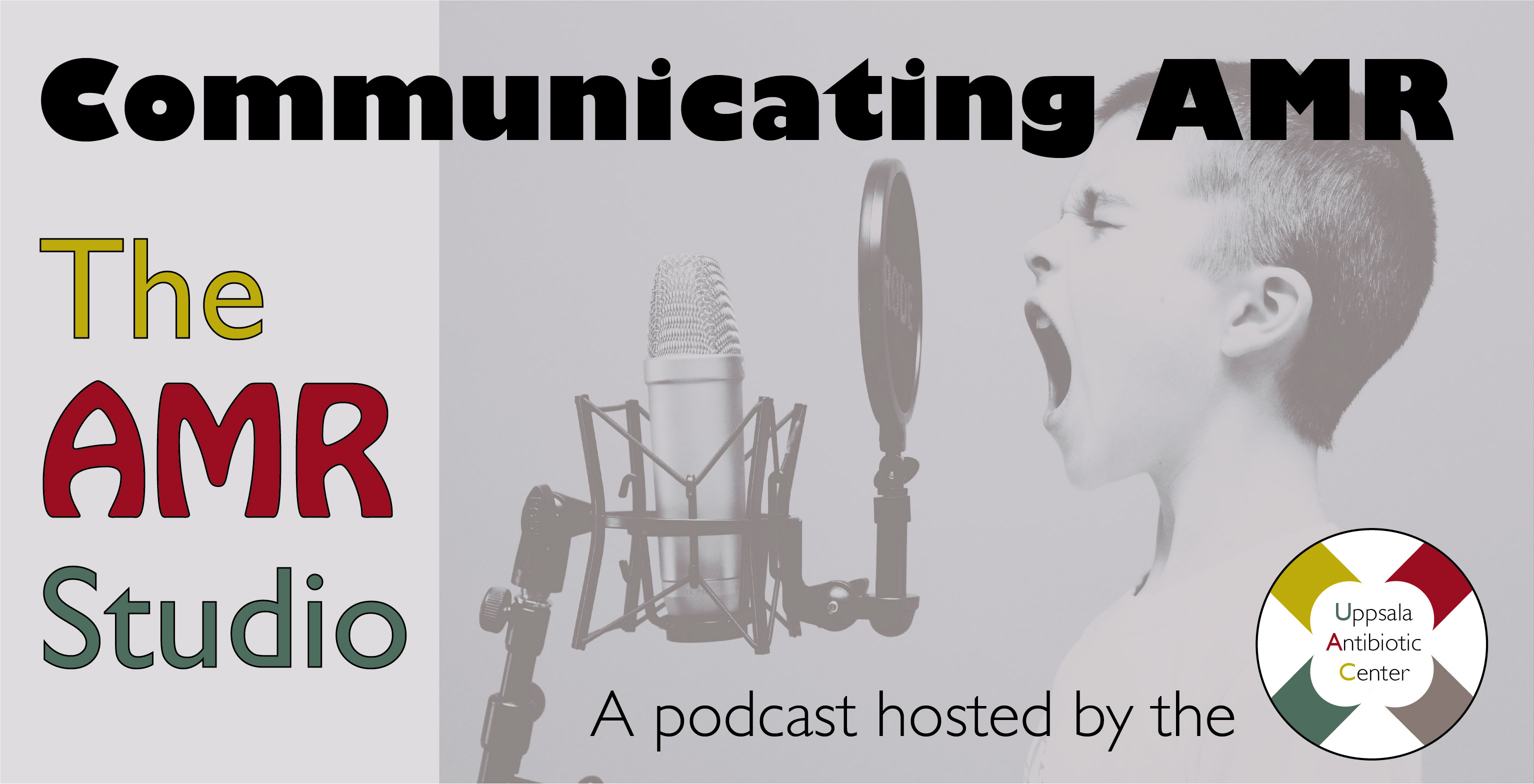 With the occasion of the Word Antibiotic Awareness Week 2019 (November 18th to 24th), The AMR Studio is releasing a two-episodes special series through the week, focusing on the communication aspects of AMR. Tune in to listen to several professionals that work daily communicating this issue to different sectors, stakeholders and public groups. In this seires, we feature interviews with people working at a local, national and international level, being part of organisations such as the Swedish Strategic Programme Against Antibiotic Resistance (STRAMA), the Swedish Public Health Agency and the World Health Organization (WHO). Interested? Don't miss out and follow us in your preferred podcast platform: iTunes, Spotify & SoundCloud.

Welcome to this first part of our special series for the World Antibiotic Awareness Week 2019 campaign! In this episode you will briefly be introduced to the Swedish health care system, and then you will listen to two interviews of people working with communicating AMR in the Swedish context. First, we have Gunilla Stridh Ekman from STRAMA, presenting the work done mostly at the local level around Uppsala. Afterwards, we have an interview with Ulrica Dohnhammar, from The Swedish Public Health Agency, part of the national awareness campaign "Save the Antibiotics", among other work.

Here we bring you our second (and last) piece of the special on communicating AMR for this year's awareness week. Click play to listen to Amy Reid, from the World Health Organization working at the AMR team, being interviewed about their work dynamics, strategies, challenges and outlooks when it comes to increase global awareness on AMR. WHO is the main orchestrator of this global awareness annual campaign and their work is essential in this area.